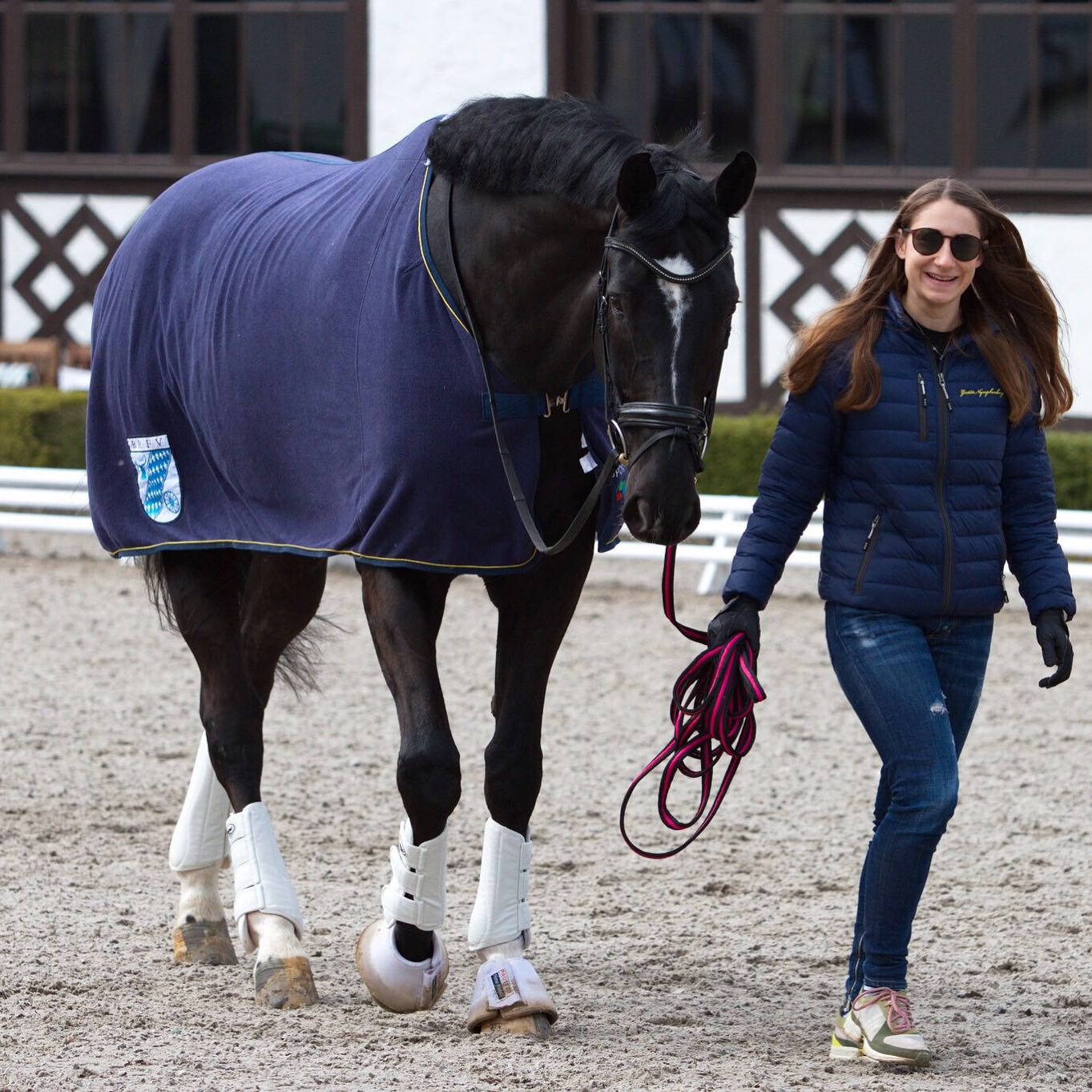 Cosima von Fircks, Johanna von Fircks’ younger sister, has been infected with the horse virus from the earliest age. Her focus still lies on dressage. Currently she is appointed for the „Perspektivgruppe des Bundeskaders“, a team of especially talented young riders. She already participated at numerous international shows. In 2016, she successfully competed at the German Championships for Juniors.

Some of her most significant achievements:

February 1st, 2016 Diabolo von Nymphenburg is now part of Cosima’s team. We bought him as a foal and formed him cautiously.

2016 „Deutsche Jugendmeisterschaften“ in Riesenbeck placed in the Top 10 on all three days. The 6th place in the freestyle with Diabolo lead to a final placement on the 8th rank.